Biopolitics and Planning - Can Social Media Save Us? 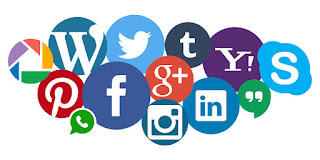 My professor gave an interesting talk on the role of social media in planning, and I got thinking about the role of governance. He asked me to clarify what I was thinking and I wrote him a rather long email. The following is based on that.

The goal of modern governance is to increase the health and longevity of populations. Previously, 'subjects' were inconsequential to a king's control over a territory, whereas the modern state is empowered by a strong, healthy population. Governance, the right disposition of things so as to lead to convenient ends, in the 17th century developed a new 'science of the state' (statistics) to measure/produce a new thing called 'population' in terms of rates and series (birth, mortality, marriage rates, etc.). This is a simplified explanation of Foucault's theory of biopolitics and governmentality. I have found 'planning' has increasingly become a form of biopolitics. Putting a road here, a house there, a factory way over there - those basic things planning does can be seen as ways to ensure the health and longevity of populations. It does not surprise me that Ontario finally landed on "healthy communities" as the goal or purpose of planning. For the most part, it's fine - but it also has a darker side with things like exclusionary zoning and ghettoizing in the name of preserving the strength/purity of certain populations. It's not hard to connect 'stable neighbourhoods' to 'ethnic nationalism.'

Today, we use the term 'politics' to refer to that self-interested manipulation of power to help ensure influence and re-election. It's unfortunate this is what 'politics' has become rather than, say, making a judgment on something of which the outcome is unknown. But here we are - Ontario will only have high-speed rail if there is a stop in each MPP's riding. But when we think about Wikiplans or how citizens (not population!) use social media to become involved in planning decisions, I wonder if this might be a response to our current cynical notion of politics and a way to bring planning back to something like governance. Put another way, planning boards of the 60s and 70s seemed to make decisions in the name of governance and did not have to concern themselves too much with politics. Whereas now, planning has become totally dominated by politics. Perhaps citizen involvement returns planning to governance, or maybe to an older notion of 'politics': a debate about how we want to live and organize ourselves. But instead of experts as the participants of that debate, citizens now participate which can be seen as a new form of self-governance.

I suggest that social media isn't simply a way for citizens to become involved in planning, but that it changes the purpose or parameters of planning to become/return to questions of governance rather than a tool of biopolitics.