September 02, 2010
(See the bottom of this post for further updates)
Around 4pm on Aug 31st, I sent an email with a link to the previous post on Tyrrell Park to Adam Vaughan, the councillor of Ward 20 in which this parkette resides. He replied in less than two hours (!) to tell me he would forward this to his office staff who would then contact City of Toronto Parks staff about the maintenance problems. The next day I received an email from a person at Vaughan's office, Michael Wong, who confirmed that he had in fact notified Parks about some of the issues, namely "the missing sign, water fountain, and the graffiti found in numerous places." Honestly, graffiti doesn't particularly bother me, but the 'tags' around here are, well, just annoying. It's not like there was anything interesting like the art in 'memory lane' (featured in Rick Mercer's "Rants").


In any case, this morning (Sept 2) around 11am, I noticed at the Dalton Street entrance to the parkette a City of Toronto truck which had paint cans laid out on the bed of the truck. I went by the parkette this afternoon at about 1:45pm and lo and behold, some maintenance had been done!

Here is the bench repainted: 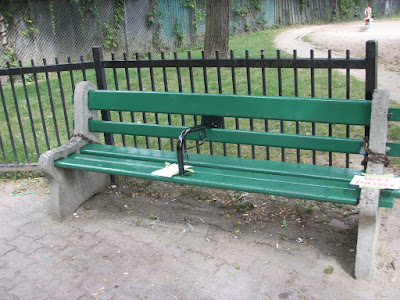 The graffiti (the tags and, perhaps unfortunately that absurd quote) has been painted over on the climbing structure: 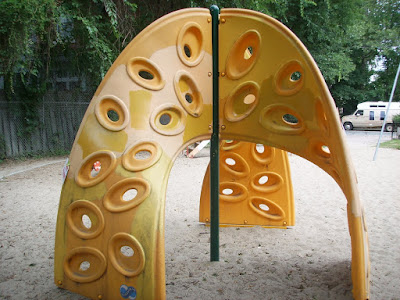 And the water fountain has been cleaned up... 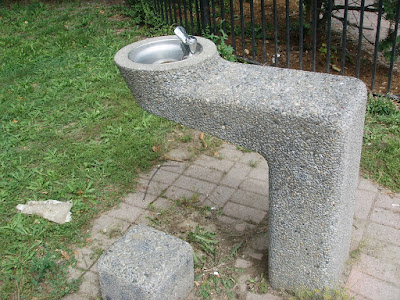 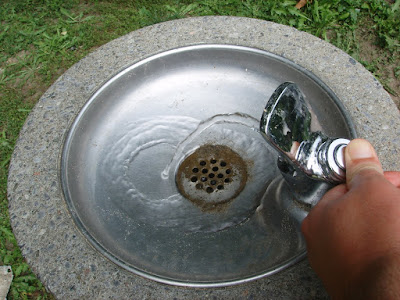 The sign at the Dalton Street entrance hasn't been replaced but I imagine it will be in a few days. However, someone (I assume not City staff!) has put an interesting sticker on it: 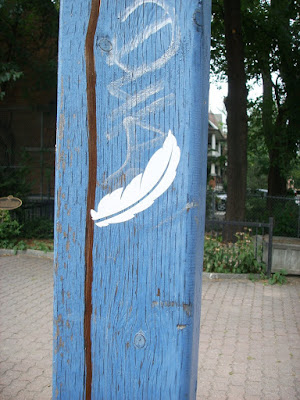 As I took these photos there was couple sitting in the grass near the playground equipment. Perhaps it was just these minor maintenance fixes that made the parkette more inviting.


In my response to Michael Wong, I thanked him for contacting Parks staff about these problems. But I also stressed that what this parkette really needs are more benches, especially where the single one is located near Brunswick and on the grass facing the playground equipment. We'll see if this happens...


I noticed today that a new sign had been put up at the Dalton Street entrance! 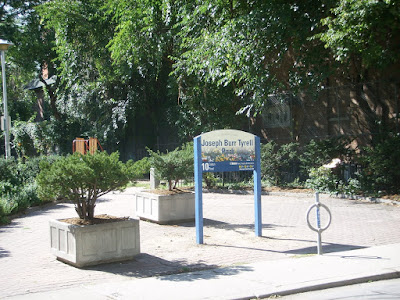 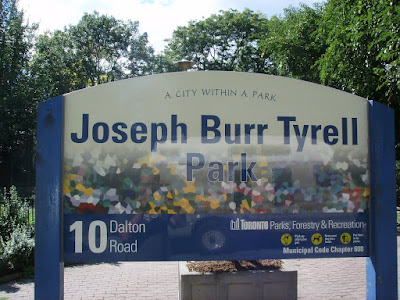 Notice the rules for park posted on the sign: 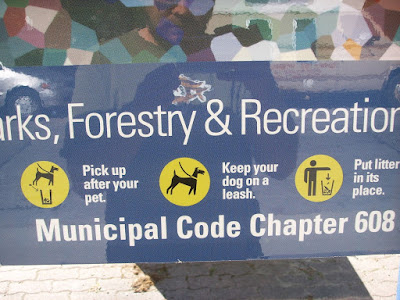 Interesting that it tells users to "pick up after your pet" and "keep your dog on a leash." Hopefully these more sensible rules trump the sign at the Brunswick entrance that rudely states "no dogs allowed."
I also noticed that someone had gone through the park and picked up some of the litter. I saw a few days ago that there was receipt paper strew around, a broken umbrella stuck in the sand and the remaining pole of the previous sign was lying on the ground near the swing-set.
As I write this, I can hear the squeak of the swing-set - lovely! And as I was out taking these photos today, I spotted a guy using the park in a most excellent way: 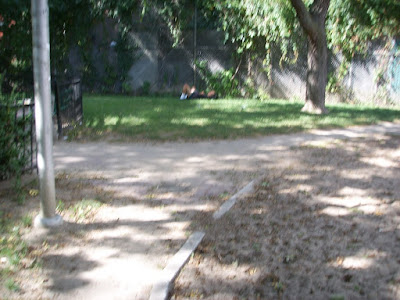 A bit blurry, but you can see him having a bit of nap.
Finally, I want to again thank Adam Vaughan's office, particularly 'Mike' who has responded to my emails. He recently told me that he's "heard there's a backlog bench requests" so it might take some time to get new benches put in. Too bad it will take some time, but at least they agree that should be more. I'll update this post if and when they show up.